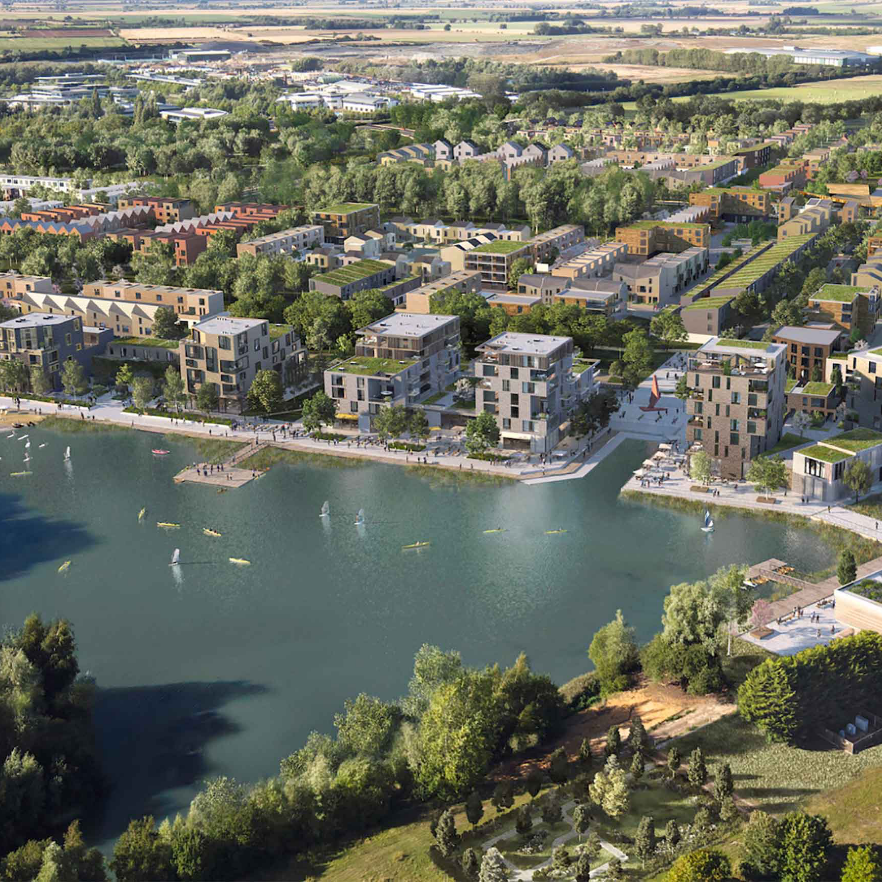 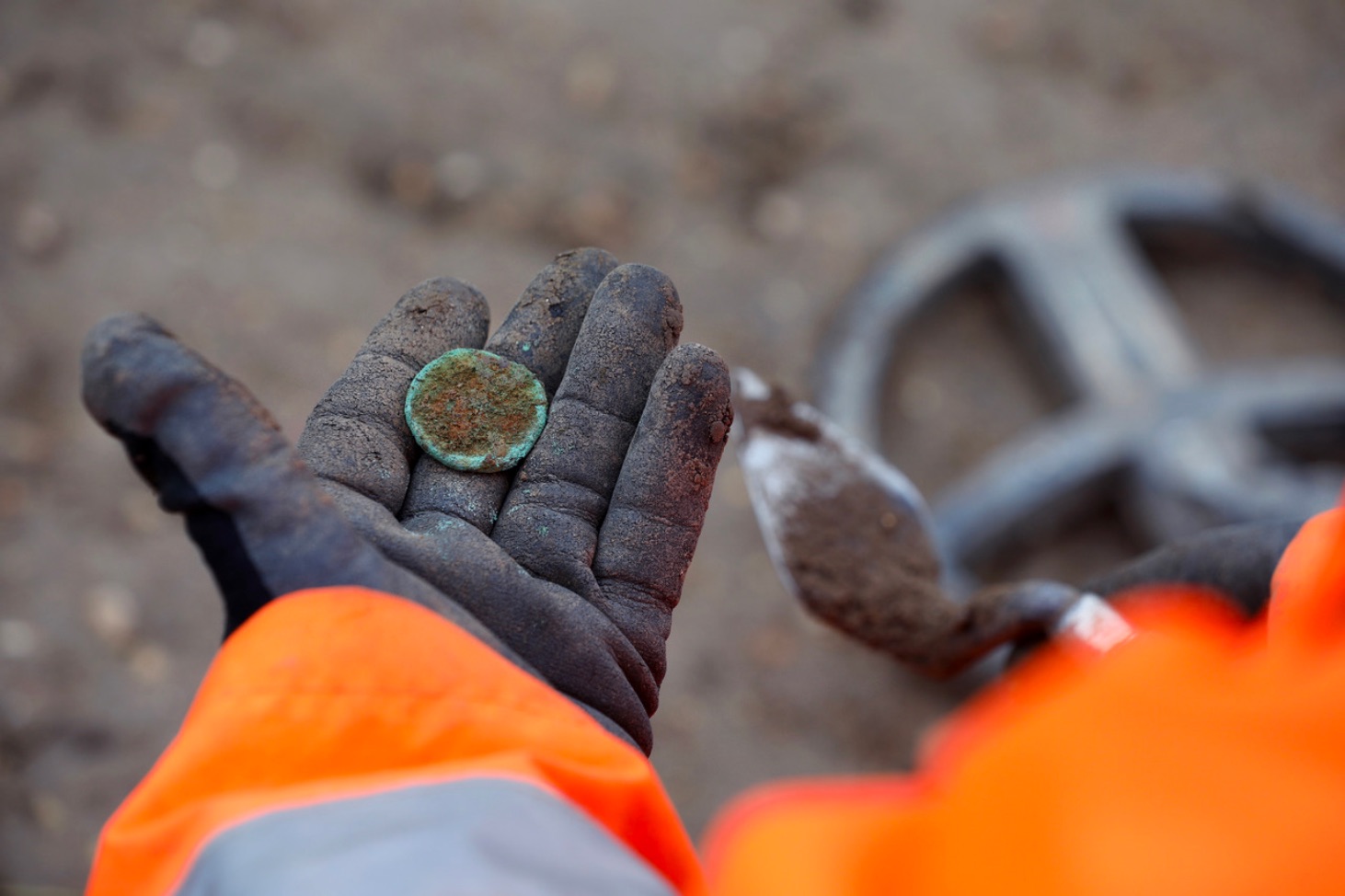 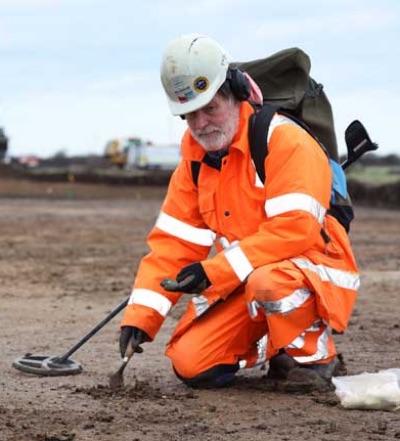 Following desk-based research and geophysical surveys of the key areas of the site, the archaeology team opened nearly 140 archaeological trial trenches across the entire site to further explore what buried archaeological remains could survived the more recent agricultural and military uses and development of the airfield.

Over the last few weeks Oxford Archaeology East has now dug approximately 7ha – the size of 10 football pitches – in the northern corner of the airfield, where early evaluation identified a potential Roman settlement.

Having stripped the topsoil with excavators, the team was able to delve deeper with hand tools to explore and interpret the layers of history beneath. This included a complex system of ditches, dating to the latest Iron Age and Early Roman period (c. 2000 years old) as well as a lot of artefacts: from Roman pottery and coins to an amazing Bronze Age palstave axe-head. A number of pottery kilns were also found that would have produced pottery during the Roman period – likely of similar style to the well-known Horningsea wares produced in Cambridgeshire along the fen-edge in the 2nd to 4th centuries.

Stephen Macaulay, from Oxford Archaeology East, said: “Waterbeach Barracks is a fascinating site and the new development gives us a unique opportunity to capture the essence of its foundations and an understanding of how our ancestors lived and worked the land. It is great working with Urban&Civic, who will reflect this in the new development, which really helps engage people with the past: which is really important to us.

“The site is in a unique location and the historic role of Car Dyke and Akeman Street Roman road (the modern A10) and water connections need more celebration within Cambridgeshire. Hopefully the approach at Waterbeach is the start of making that happen.”