29 June 2022
The crossing has been delivered alongside works to widen and enhance the shared cycle and pedestrian footpath on the A10 from Waterbeach (Denny End Road) to Milton (Ely Road).

The crossing was due to be installed significantly later in the rollout of the development, in around six years’ time, but was brought forward following discussions with partners as part of a suite of measures to improve safety at the junction. It has been fully operational since 28 June 2022, enabling the safe crossing of pedestrians, cyclists and other users travelling along the A10, or between Waterbeach and Landbeach, and will connect to other newly enhanced cycle and pedestrian infrastructure.
The early delivery of the crossing has also been driven by continued discussions with the County Council as part of the ongoing improvements to sustainable transport links, which are narrowing the carriageway and broadening cycle and pedestrian pathways in the area.
In 2023, the new bridge crossing just north of Denny End Road will form the final part of the programme of works, creating a connection to the Mere Way Cycle Route. 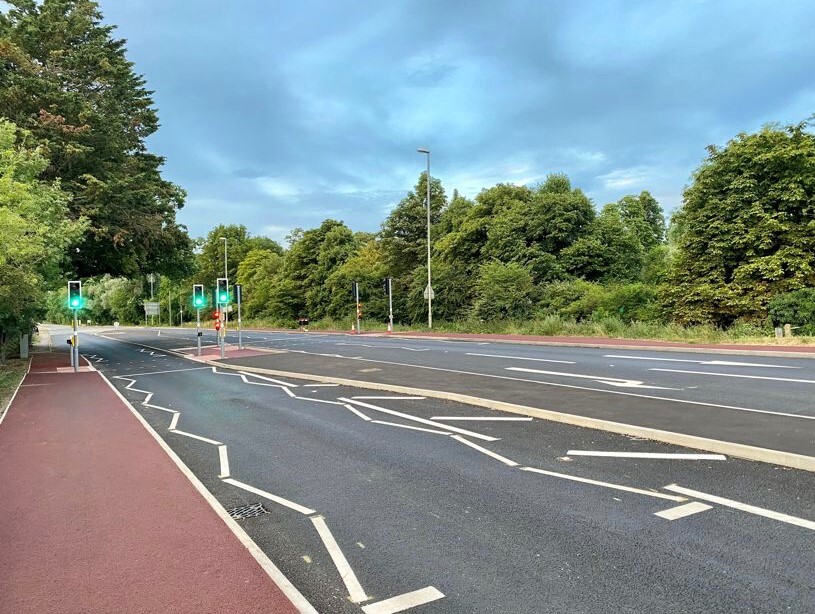 Back to A10 updates